Carbonara is told to have been created by the Carbonari, groups of secret revolutionary societies founded in early 19th-century who sought the creation of a liberal, unified Italy. Members of the Carbonari, and those influenced by them took part in crucial events in the Italian Risorgimento. Others say that it was first invented by some Italian charcoal burners, Carbonari. Whether you fancy attributing a romantic and heroic origin to this dish or a more rustic one, it doesn’t change the fact that Pasta alla Carbonara is one of the most delicious and morish combination of four ingredients: eggs, pork, black pepper and pecorino cheese. Because of the simplicity of the recipe, outside of Italy, home cooks and chefs alike are often tempted to add extraneous ingredients such as garlic, onion, parsley or, alas, cream. Please, resist this temptation! Carbonari knew what they were doing back in 1820.

The dish has remained unchanged in Italy since then.  The reason being that the dish is perfect as it is.

This will feed 4 hungry people.

1. Bring a large pot of salted water to the boil.

2. In the meantime, slowly pan-fry the pancetta or guanciale in a little olive oil until it renders its fat and it turns crispy and a sun-burnt pink colour. Discard the fat for a healthier option. Once the water reaches a rolling boil, drop the pasta in and stir.

3. While the pasta cooks and the salty and sweet aroma of the pancetta starts to make you salivate, prepare your egg mix.

4. Beat eggs with a good sprinkling of salt and a generous amount of freshly ground black pepper. Add the grated pecorino and combine together. 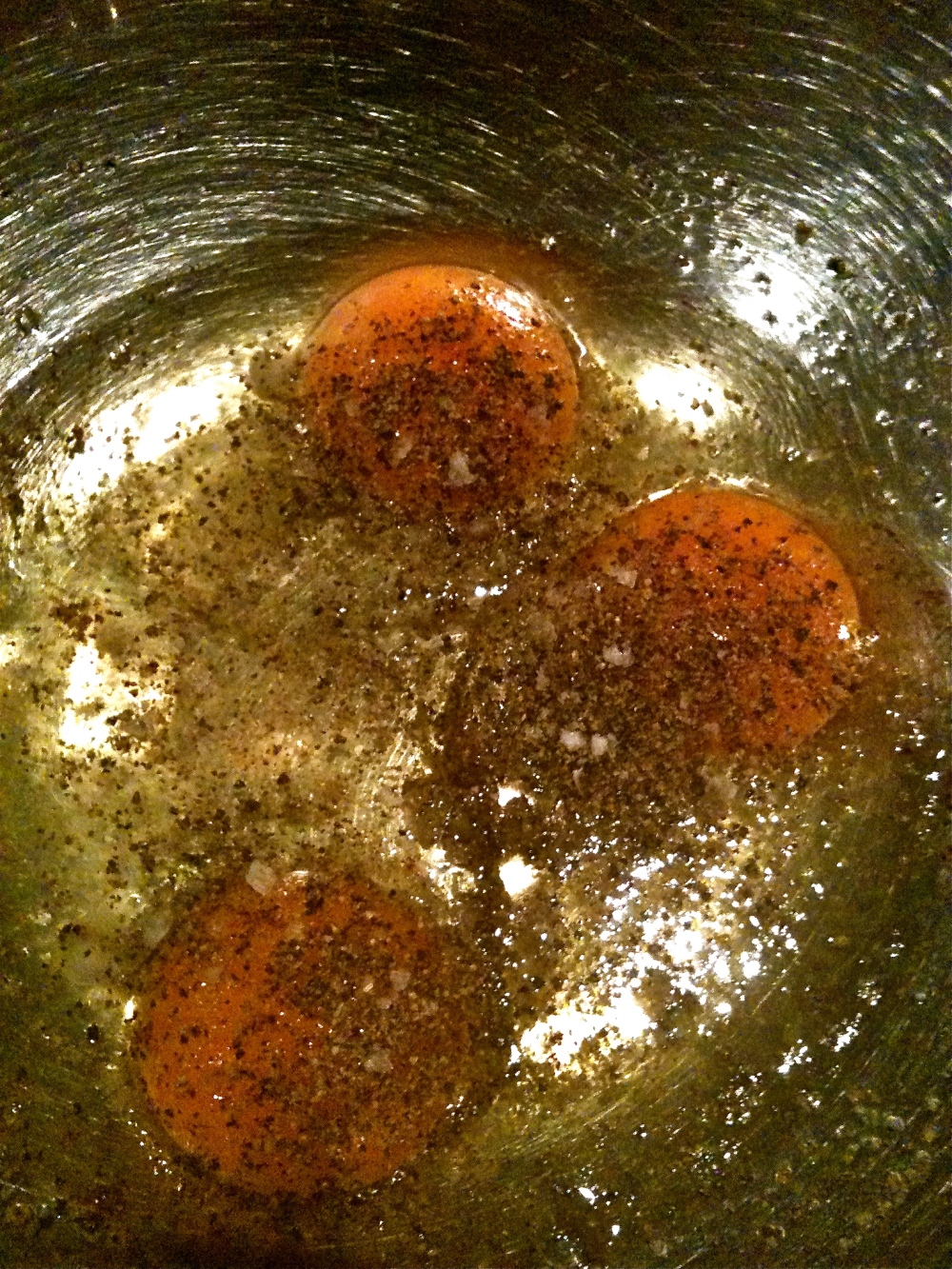 5. Once the pasta is cooked to a perfect al dente, toss it in with the pancetta and allow for the flavours to combine. Reserve a few table spoons of the pasta cooking water

6. Off the heat, add your egg and cheese mix and stir though very quickly, to avoid over cooking the eggs, add a little acqua di cottura  (pasta cooking water) if it looks like it’s drying. Add a little more cheese to bring the temperature down and amalgamate. The residual heat of the pan and of the rigatoni, along with the pasta cooking liquor, will cook the eggs, but will keep it creamy in texture.

Crack a bit more black pepper if you like and raise your glass to passionate Carbonari Giuseppe Mazzini, Silvio Pellico, Lord Byron & co.